Finally I could get my hands on Unreal Engine 4 to start a project and not just to test it around here and there.

The first thing I have to say is that I’ve fallen in love Unreal Engine 4, especially their blueprints, they are a vice!

When I started to move the scene, from Blender to Unreal Engine 4, I ran into some problems in the workflow, but fortunately, I wrote  an addon to facilitate the work. If you want you can download it here.

Once I had made ??the structure of the room, with its materials and basic lighting. I started to create a blueprint for opening doors … and in the end the blueprint derive in a “Doors Creator” that  maybe  I will  send to the recent  Marketplace

When I had all the structures in place, I proceeded to set up the lighting. In order to use Global Illumination, I have to use static lights. Maybe in the future, at the end of the project, I can use dynamic lighting, and probably stationary. For the project, I had in mind use dynamic lighting  to show the room in different lighting situations, besides, the aim  to show finished project on the web, in HTML5.

BTW, I also learned something important about the lightmaps, the recommended space between the UV islands is 3-4 pixels.

I also wanted an intro, so I started to play with Matinee and post proces effects. This is the provisional animation for the intro, made with matinee:

Although I need to put more objects, decals, particles etc…  in the scene and make some finishing touches, I hope you enjoyed

I have chosen not to model any existing design (eg Ikea) and create my own designs(nothing fancy), I have thought about selling the props one day, so I thought it would be easier for the customers if they can use the objects without having to ask permission to third parties.

The same applies to the covers of the books. After spending several days searching the internet for some efficient and fast method for creating book covers or find public domain book covers, I realized that I was wasting more time looking for alternatives than to creating a covers in photoshop. I have to admit that having to create about 50 book covers, scared me a bit and I was too lazy, and I thought that to do the job would take me a few days. In the end, took only a couple of hours … I found creative commons images and according to what inspired me in,  I made up a title. Thanks to a template that I did in photoshop was easy to create different covers.

Some of the props have their low poly version because, aside from making some renders in blender cycles, I plan to re-create this scene in unreal engine 4 and see how far I get with this new technology, I would like to take advantage of the real time render to create an animated sequence and also a bit of interactivity to the scene. Also , the Low poly objects can help in render times for objects that are not  close to the camera.

Aside from creating some materials for the props (like the old copper), to render the images I’ve been trying several things, first, render the image as is, without any effect or post process. Rendering time is quite acceptable for my machine (an hour and a half – 350 samples) considering that is done in cpu (only 3 of my 4 cores). 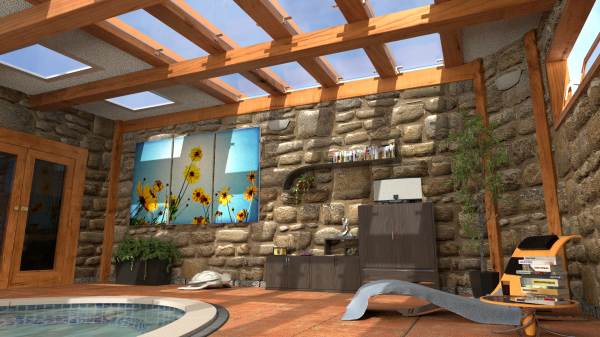 On the other hand, I tried to add volumetric effect to the scene. To do this, instead of using a volume shader for the world (not take in consideration my skyligth set up), I have created an area where restrict the effect (like a domain for smoke), and  then I have applied to it  the volumetric skatter shader. As the camera had to be within the volume, I created a bubble (as I’ve seen suggested in various places on the Internet) where to put the camera so that it could render the volume

With the volumetric effect, the render time  increased significantly, but I was more happy with the result. Although in the image that I made as a test, the effect was exaggerated and I need turn down the density. 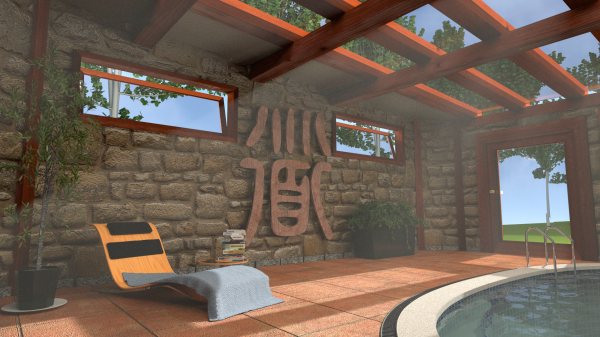 Now I am trying to create different images, with different seed and then assemble them into the composer. According to the calculations I’ve done, this way I can save myself 10 hours and  I can stop the render at any time to continue later. I do not like the PC running almost at 100% for 24 H. .. (could use some renderfarm service, but I prefer save my money for now).

I am also considering other options, one is bake the textures and practically only have to compute the volume effect. The down side for baked textures is the view angle. If I want create about 5 shots for the scene, I need bake the textures 5 times and set up the materials for all objects 5 times (specially in glossiness objects). This method is not very efficient. The other option is to use a new coming feature for blender “Sunbeams” for the  compositor (a new filter node). I created a test with this new feature (fast and efficient), and with a little bit of color correcting, looks like that: 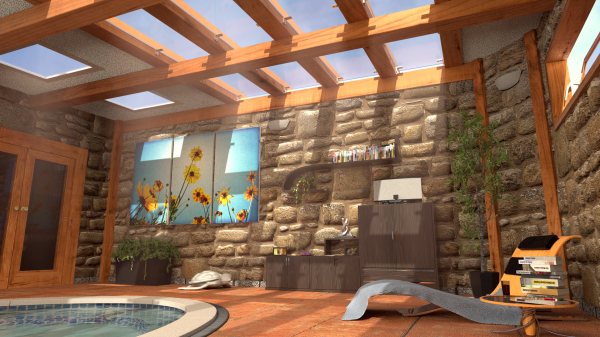 I can not wait to finish the final render in cycles and pass it to unreal engine! But all in good time. So I can make comparisons.

Until next time, Have fun!

By time I had wanted to do architectural visualization. There are still many props to do to finish the scene, but already beginning to take shape. 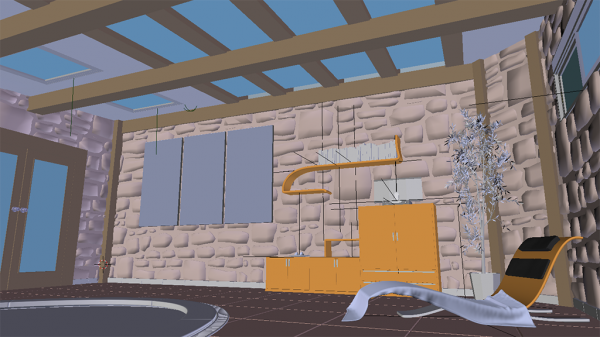 This scene was intended for do some still images and sell the assets but I think I will create an animation for the visualization in Unreal engine 4, using Matinee, for practice with this engine and see what results I can get

I use cookies to ensure that I give the best user experience on My website. To comply with Spanish legislation I must make sure that you are agree with the cookie download to you computer before continuing navigation. If you continue using this site , I assume that you are agreeI'm agreeCookies policy